Providing funeral services designed to meet the needs of each family.

Providing funeral services designed to meet the needs of each family.

Edward W. Sheehan, Jr. has been a life-long resident of Stoughton. Upon returning from active duty in the Marine Corps, in 1961, Ed joined the firm as an apprentice while continuing his education at U Mass., Boston and the New England Institute of Anatomy & Sanitary Science. He became a licensed embalmer and purchased the business from his father-in law, Howard Bean, in 1975.

Continuing the tradition of a family owned and operated business, Edward W. Sheehan, III officially joined the business upon being licensed in 1988. The younger Mr. Sheehan had been apprenticed since 1981. He attended Plymouth State College and the New England Institute of Anatomy and Sanitary Science.

Sheehan Funeral Home is proud of its tradition of personal, caring and professional service to Stoughton families of all faiths that has continued for more than one hundred and sixty two years. 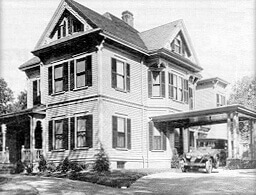